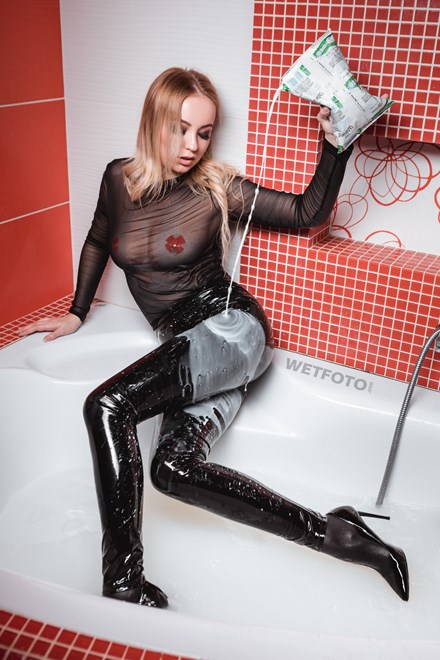 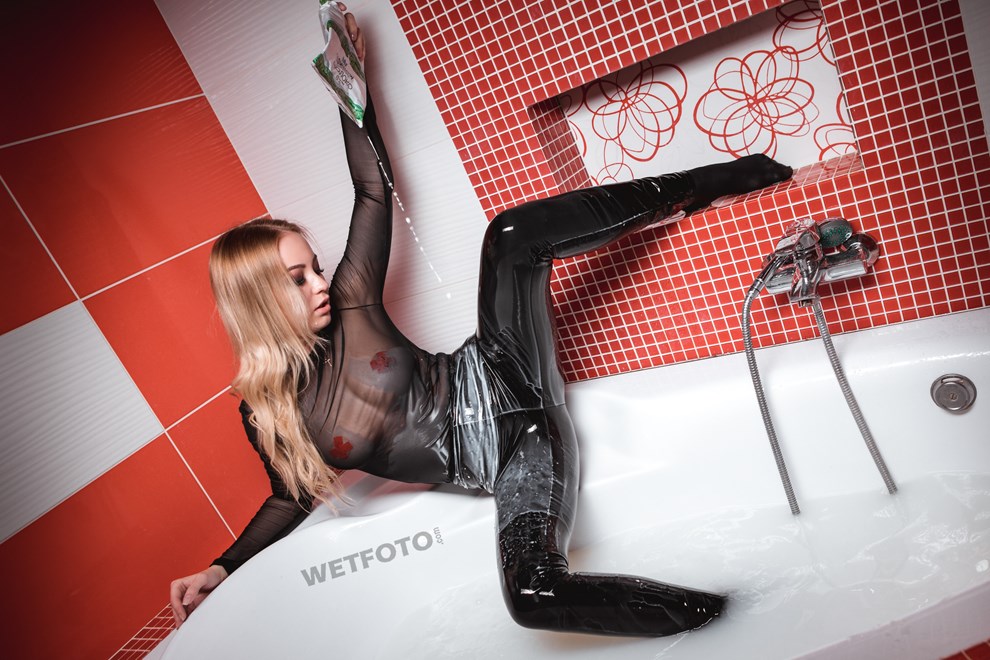 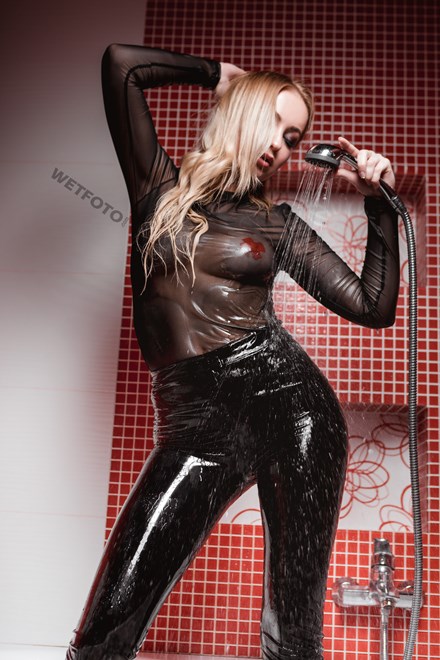 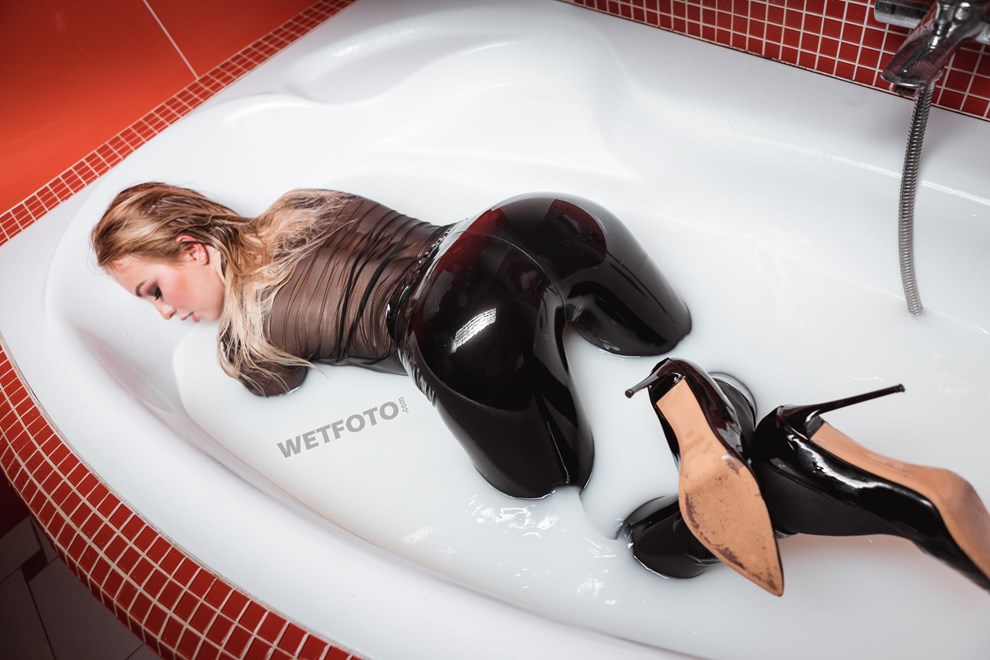 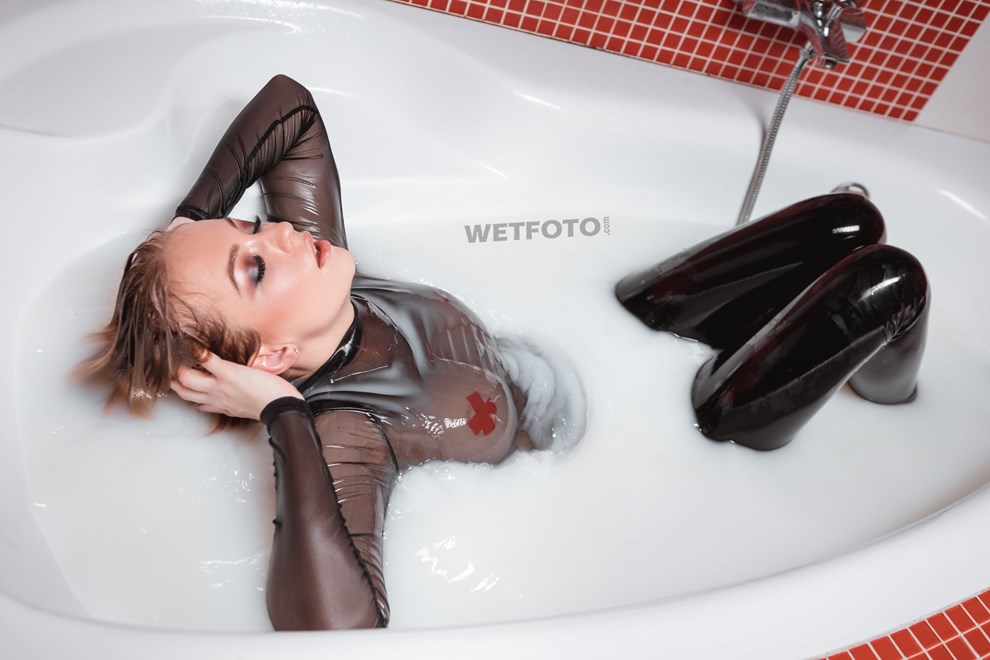 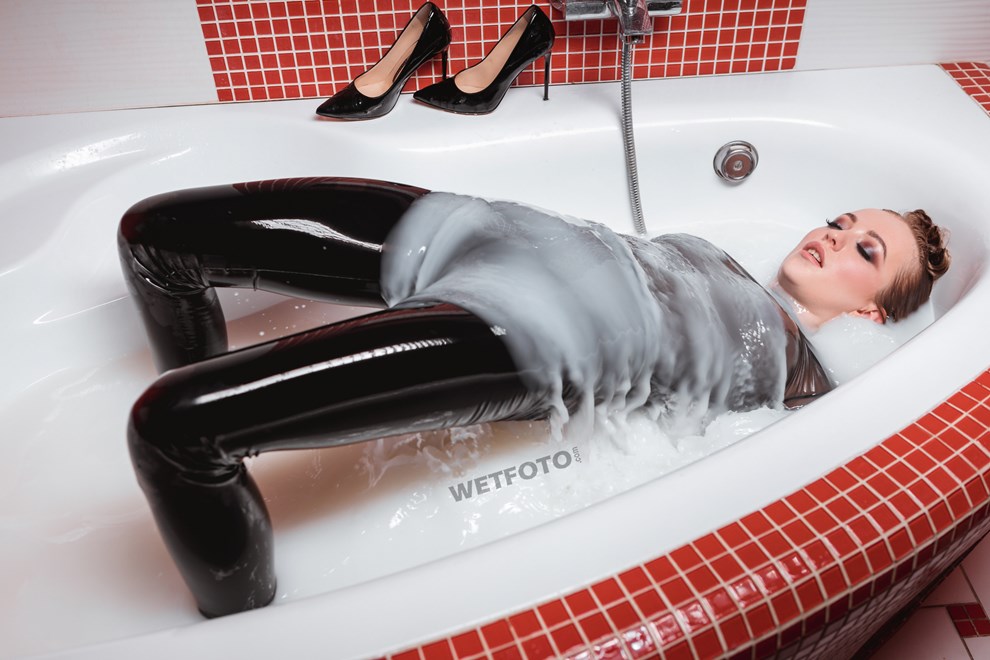 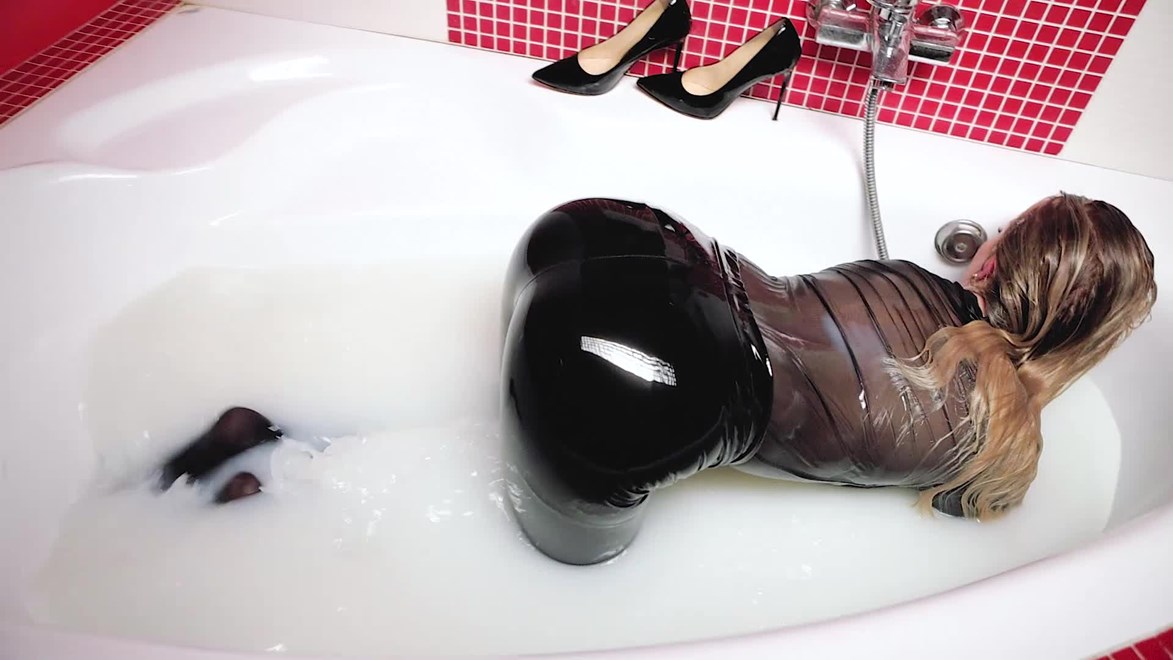 Before our shooting, Anna and I for a long time thought about the location and clothes for today's wetting. Finally, we set our sights on a bath filled with milk. As for clothes, the girl decided to put on black vinyl leggings, pantyhose underneath it, transparent black blouse with no bra and shoes with high heels. The fully closed girl looked very sexy in this blouse, so she decided to stick red tape on her nipples. When Anna wore vinyl leggings, I immediately realized that this shooting is going to be not just wet but ho as well. So let's get started. The wetlook model sat down on the edge of the bath and began to pour water on her leggings shoes. Her shoes quickly filled with water and became wet inside. When the girl's pantyhose became almost wet, she took a pack of milk and began to pour it on her leggings and blouse. White milk flowed down her clothes and it looked very cool. Then the blonde girl got up and began to pour water on her clothes in order to wash milk away. Then Anna poured four packs of milk into the water and lay down into the bath. The water was white. A fully dressed girl lay down so that only her head was over the water. She was so active and flexible. As a result, the girl's hair now also became almost wet. But the soaking wet girl kept on laying and splashing the milk on her leggings and a blouse. The wetlook model also splashed milk on her face, and it was very fun. Traditionally, I took a short action video of the process of getting wet. And at the end of our shooting, the girl took off her leggings and stayed in the bath wearing wet pantyhose. She also put on a lace bra. We made a few wetlook photos in such an outfit. It was a really cool location, clothes and an idea in general. Thanks to her for perfect posing and cool mood. Hope. you like this idea. So, join wetfoto.com and enjoy these amazing photos and video. 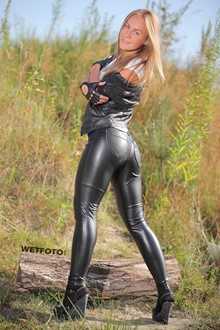 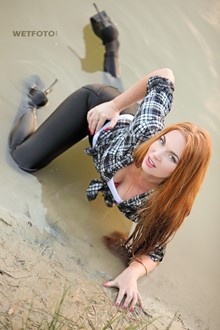 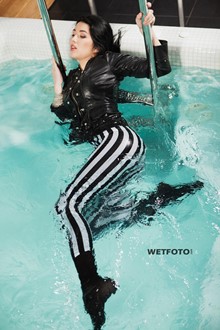 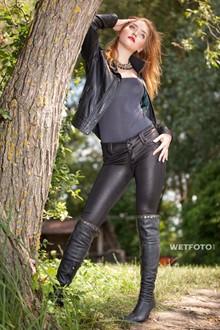 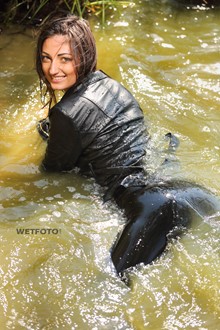 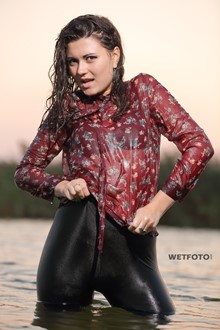 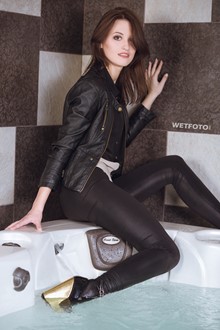 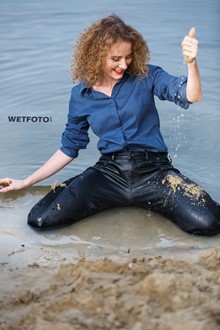 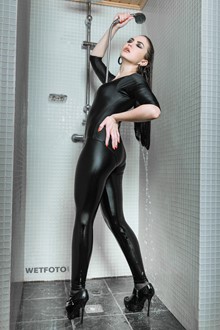 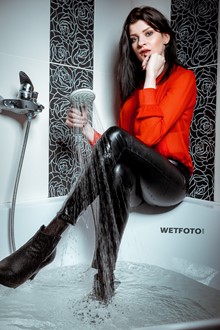 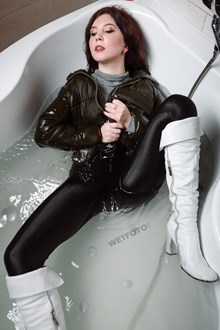 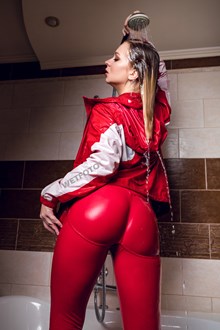